Milk cost study shows: There is a gap between production costs and producer prices

Overview published with the latest figures from France, Germany, Denmark, Belgium, Luxembourg and the Netherlands

According to the latest study by the Bureau for Rural Sociology and Agriculture (BAL) – What is the cost of producing milk? – the average milk production cost over 5 years in six European countries was between 41 and 46 cents per kilogram of milk. However, producer prices during the same period were on an average between 32 and a maximum 35 cents per kilogram of milk. "European milk producers are squarely in the red every month," says study author Dr. Karin Jürgens, hitting the nail on the head. "If this dilemma is not solved, it will become increasingly difficult for dairy farmers – both large and smaller ones – to continue to produce milk in Europe."

In 2017, production costs in all six countries inclusive of remuneration and average net investments were significantly higher than milk prices and were between 43.39 cents/kg (Germany) and 48.89 cents/kg (Luxembourg). And even without taking into account the necessary net investments, the average cost shortfall over 5 years is significant and between 14% (Denmark) and 27% (Belgium and France).

For Erwin Schöpges, dairy farmer from Amel in eastern Belgium and President of the European Milk Board (EMB), the figures confirm the chronic tense situation on farms. "We dairy farmers do not even recover our incurred production costs – forget about remuneration for our work." In principle, milk producers are paid whatever dairies are willing to spare, explains Schöpges. "We can only keep our farms alive thanks to complementary income from activities outside of farming!" European milk producers also expect costs to rise in the coming winter due to drought-induced feed shortages. "Tough times are ahead of us as milk prices remain at a low level", says the President of the European milk producers' association about the prospects for milk producers.

The production costs study was also recently presented to the experts of the European Commission's Milk Market Observatory (MMO). "They took note of the red figures on our milk production balance sheets, but there was no outcry regarding the imbalance within the food supply chain," says the EMB President, disappointed by the participants’ reactions (or lack thereof). "It is now up to EU policy-makers to have the will to include an effective crisis mechanism in the future Common Agricultural Policy!"

The BAL study is based on recognised, EU-wide comparable and representative data compiled by the European Commission (data from the Farm Accountancy Data Network – FADN and agricultural price indices). Labour costs are calculated on the basis of agreed standards for the respective country. They also consider the worker's level of training and qualifications as well as country-specific wage agreements for farm managers. In the cost calculations, subsidies are deducted from total costs and net investments (10-year average) are also shown.

Discover the cost study in the form of a short video 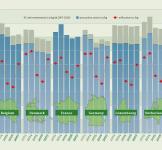 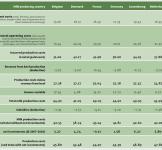